We provide the industry's most innovative and integrated business software systems for Asia's leading enterprises and agencies.

Your Challenges. Our Solutions.

Together we make it work


Send us a message

Next stop: A Starry Night 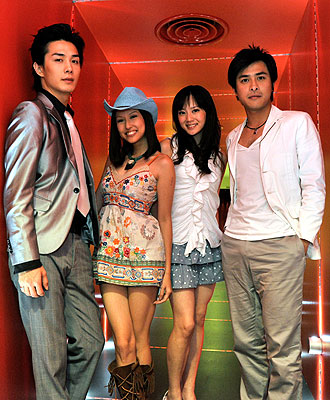 COMMUTERS, the wait for your train just got more dramatic. Starting on Monday, a new Mandarin series A Starry Night - starring home-grown artiste Kelly Poon - will be showing on all MRT stations' TV screens, except those on the North East Line.

The drama about a boy (Taiwanese actor Robert Fan) from Shanghai who falls in love with a Singaporean starlet (Poon) is the first drama to be aired in subways here.

It premieres in eight cities across China on Monday as well.

The 50-part show, which will be shown in 21/2-minute episodes here, will also be aired on The Straits Times' interactive Web-TV service, RazorTV, a first for the 1 1/2-year-old website.

Episodes will hit RazorTV (www.razortv.com.sg) a day after they air in the MRT stations, where they will be shown 18 times a day.

Mr Yeo Chun Cheng, MDA's chief information officer and director of broadcast and music, told my paper: 'This collaboration not only boosts the export of Singapore-made content, but (also) extends them beyond traditional platforms and formats to new, innovative ones.'

He added that the series will also be repackaged for mobile downloads, cable TV and as a feature film.

RazorTV editor Jonathan Ng summed up the intent of the collaboration by saying: 'It's a unique way of getting a very traditional product out while engaging a captive audience.'

Marketing manager Nicole Tan, 25, said: 'It's an exciting concept that will give me an excuse to take the train more often. Plus, if I miss an episode, I can catch it online.'